Fed Reserve comment on monetary policy has evoked volatility splash but eventually did not bring any significant shifts in a trend since the pair continued its smooth growth along the trend from the beginning of the week. As a whole the comment could support American currency since it excluded any concerns about global finances, but was mentioned that income growth would support inflation and bring it closer to its target in a medium-term. Moreover, Fed Reserve mentioned acceleration of real income that, combined with the effect of deflation, will boost eventually inflationary trend. In our opinion, the enclosed announcement contained enough information showing that they are ready to increase rate in June. For instance, George yesterday was appealing to rate increase. But as usual Federal Reserve did not make any time-wise promises. Today growth of Japanese currency is playing against dollar and pushing US dollar index to area of many-months lows. If USD bears are able to break support level, a bit higher 1.14 for EURUSD, the pair will move significantly higher by means of activated stop orders. Earlier in April dollar performed on that levels and we were assuming the turn of American currency to growth. Now we are not so confident in such scenario. It is important to follow up carefully first 1Q GDP release due to nearness to essential support level for dollar. 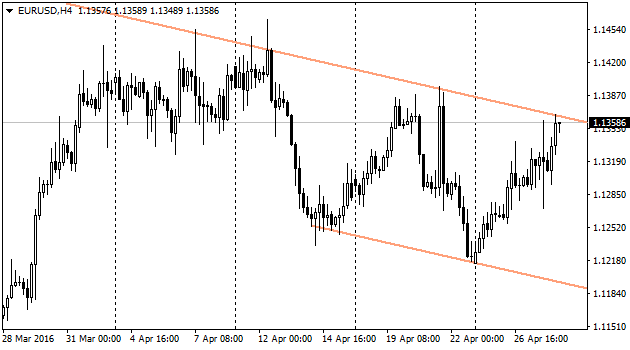 British pound yesterday went down from the area of 2-months highs. Traders decided to use good indicators of British economy to fix profits from expectations of currency growth made earlier. As a result this morning again buys were prevailing in the pair and it was trying again to move higher than 1.46. In terms of coming referendum it is hard to imagine the pair close to 1.50 level. However, USD weakness may become a good support for pound growth. 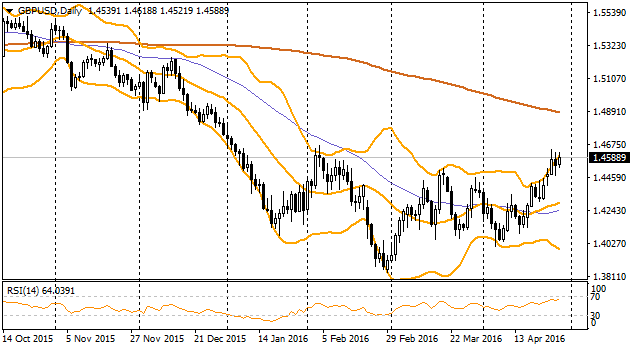 The pair dropped by 3.5% as Bank of Japan remained everything as it was. The markers seriously took the last week’s rumors about possibility of negative loan rates acceptance from the Central Bank. That would help financial sector to launch money lending. Market disappointment knocked down the pair much lower than at the moment of rumors. USDJPY grew on that rumors from 109.30 to 111.80 but couple of hours ago it was trying to drop lower 108.00. It is important to move a bit below 108.00, where the April lows lay, for the further pair dynamics. Earlier the pair did not go lower due to fear of interventions from the Ministry of Finance of Japan. Now traders may become braver. 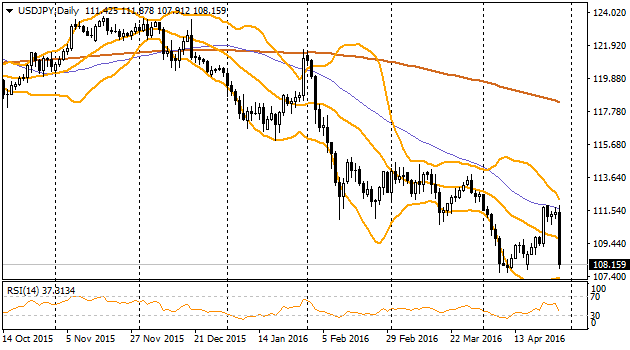 Australian dollar was one of the worst as per Wednesday trading summary. Zelanian currency was inertly copying dynamics of the big neighbor but today it is making the tone for movement in the pair, adding significantly after monetary policy comments. Not many traders were expecting rate decrease after easing in March but there were still some expectations of such development or at least new arguments from the Central Bank. The enclosed comments, conversely, were full of common phrases: NZD is outrageous expensive and for the inflation boosting we need to bring it down; prices for milk products remain low; developing economies include the main risks for forecasts; we might need further easing of monetary policy. But all the above markets have heard even earlier, therefore they started to buy currency of New Zealand mentioning the comments about inflation growth in the medium-term, healthy economy growth (due to immigration) and acceleration of house prices growth in Auckland – the biggest city in Australia. 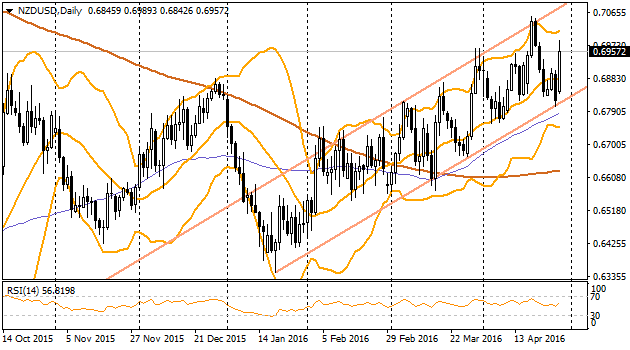