American dollar continues to pull back and now this looks like capitulation. Its decrease identified against most assets, while USD index lost around 1.2% for more than last 24 hours, reaching the main support levels. The bulls may upset by the fact that coming news is not making favor for American currency. Advance GDP, released yesterday, was worse than expected. The first three months got 0.5% yoy against expectations 0.7% yoy. This is hardly visible 0.1% in usual for us estimation. Contrary to this growth of European economy reached 0.6% as released by Eurostat today. Though, the expected growth was only 0.4%. The year earlier the same quarter added 1.6% and was worse than American data with 2.0% addition. The common currency today was supported either by visible decline of unemployment in Eurozone. It dropped form 10.4% to 10.2% getting to the lowest level since August 2011. The pick unemployment level achieved in the region three years ago at 12.1% declining since then with periodical stops. In case the statistics was simple the trading on economic data would be too easy. Along with growth indicators of the USA and Europe last 24 hours were released either different inflation indicators. GDP price index from the USA was better than expected, keeping higher inflation pressure than they expected. The previous quarter it was growing by 0.7%. To a considerable extent this is described by quite confident growth of consumer spending where the growth rate reached 1.9% (this is annual quarter addition). Statistics from Europe, on the contrary, did not meet expectations. CPI of Eurozone dropped to the negative area below -0.2% yoy. Core CPI again is 0.8% yoy. Draghi said about this earlier. And statistics from Germany earlier confirmed such tendency. Therefore markets reacted on this quite moderately. Indirectly Euro either was supported by announcement of ECB main economist Praet. He mentioned that only significant decline of prices forecasts may influence the Bank to decrease rates again. The current decline is expected and they do not generate chances for the further easing from ECB. 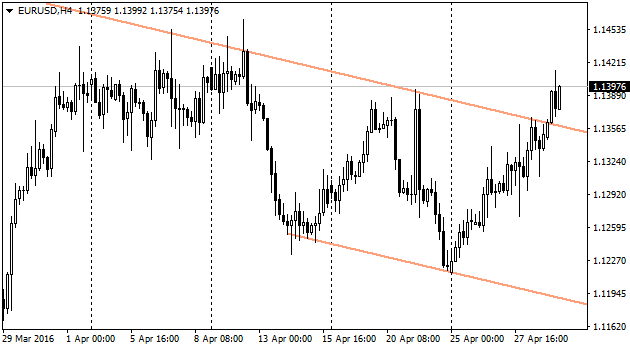 Sterling touched the pick level since February at some point reaching 1.4660 level. They start giving loans on the country with the higher speed. Net Lending to Individuals, released today, reached 9.3 billion that is almost two times more than expected level as well as last month data. This new level is either out of trend of moderate growth of the previous months. The key driver of such growth became mortgage lending which increased from 3.6 to 7.4 billion. 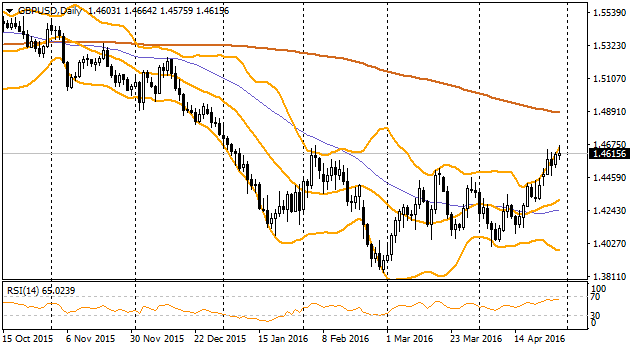 Pair’s yesterday stop close to 108 was false. Investors started to buy yen before long weekend in Japan and as well influenced by speculations that Japan would not make Forex interventions before G7 summit in the country in May. Now trades are going on close to 107 level, and the pair ca easily move to 105.00 – 105.40 as per technical analysis. 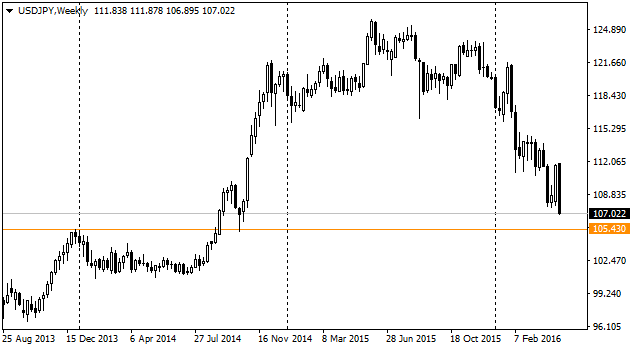 The pair has reached 1.25 level where it was not since last July. This week the pair was supported by the growing oil, while earlier – by the Central Bank and Government plans. However, already on this levels the competitiveness of Canadian economy in comparison with American one may be doubtful. Though it may not be a reason for rates decrease in Canada but it may seriously suppress the economy growth and postpone the process of normalization policy. 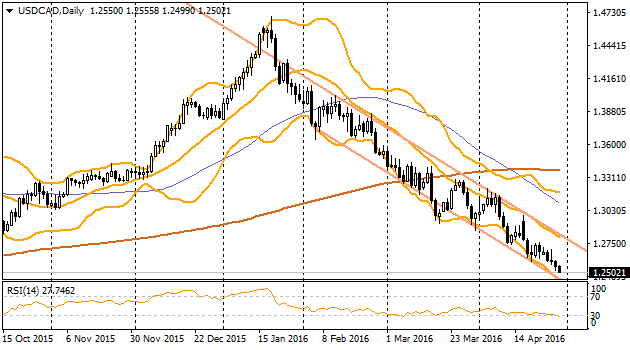