The pair continues to grow but its pace looks more like creeping. Yesterday the pair managed to accelerate and reached 1.1340 but it returned to its main trend by the end of the day, having dropped below 1.13. Now again the trades are going on above that line, while investors are not in a rush to extremely stress statistics from Europe before FOMC comments on monetary policy. But here they should pay attention to more than expected indicators from Germany. Import prices increased at once by 0.7% being the first exceed during 11 months. This did not save annual decline that increased from – 5.7% till -5.9%. The data is very weak but they expected even worse indicators. GfK German Consumer Climate increased to the levels of last September having closed the dropping wave from October till April. They do not expect from Federal Reserve drastic change of the comment tone, therefore investors will again look carefully to middle tones of the comments trying to guess how far we stand from the next rate rise. 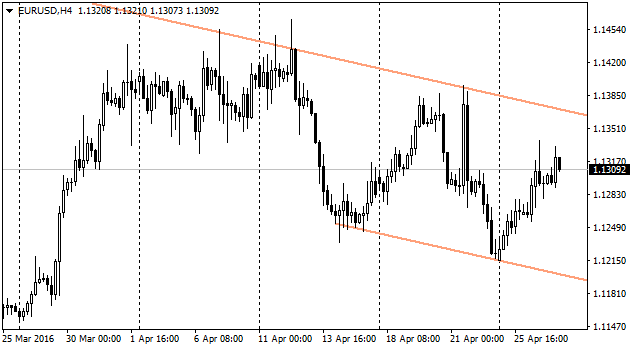 Yesterday pound continued its victory parade getting to the 2-months highs and stopped only around 1.4640. Today the pair’s behavior is more cautious. GDP, released now, could not inspire traders for buying though it was not worse than expected. In the first quarter it added 0.4% as expected, meanwhile the annual rate remained at 2.1% and decline by 2.0% forecasted. This data was the reason for “facts selling” and caused the profit fixing after pair’s growth. Still Fed Reserve is the main newsmaker and can influence much more the further trading. 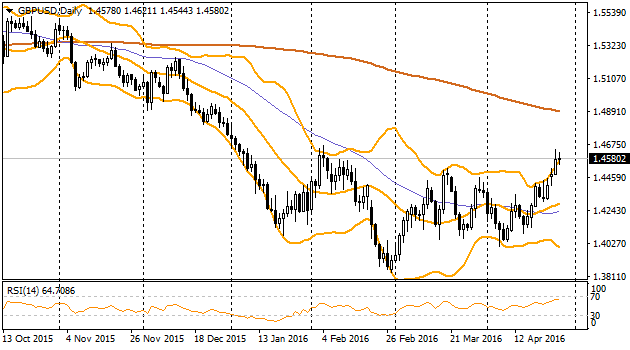 Australian aussie dropped sharply after weak inflation data release. For the first time since 2008 quarterly consumer prices decreased by 0.2%. We want to stress that in 2008 such event was quite remarkable – during last 20 year the quarterly declined happened only five times. For AUD this was very unexpected since analysts were forecasting growth by 0.3%. Therefore, annual inflation rate significantly decreased from 1.7% (the previous and forecasted level) to 1.3%. Core inflation, monitored by Royal Bank of Australia, occurred either lower that their expectations. Before that Bank notified that slowdown of inflation may cause further policy easing. Inflation has slowed down – the next turn is after RBA. We will not wait for a long time, since next week they have another monetary policy meeting. The coming meeting describes the power of reaction that happened after release of prices data. 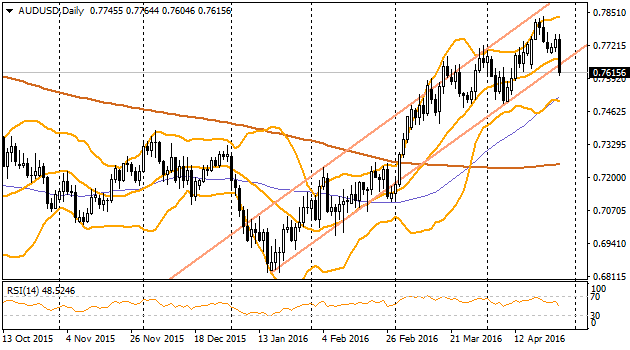 New Zealand dollar following the Australian dollar got under pressure but copied the dynamics quite modestly since started correction after growth. Decline of last days is happening inside the uptrend which was formed in the second half of January. In a short-term, we have a good growth potential for continuation of the trend and possible rebound from its support. However, we should be more cautious before this night meeting of RBNZ. Markets are not waiting for rates decrease but the turn of the uptrend may be started caused by the transparent hints for the possibility of such decrease in the future. As per technical analysis: drop below 0.6830 may boost the process of the serious decline. 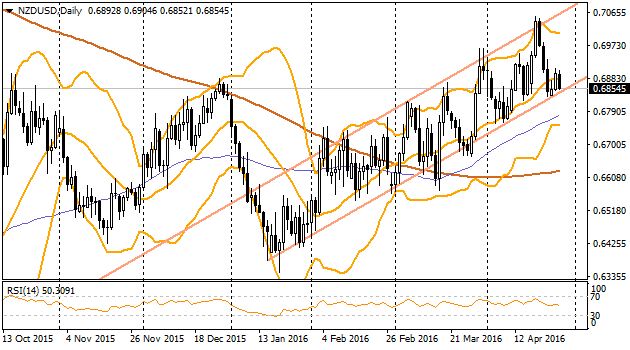