In case the first weeks of the year are showing us the reliable view of traders to the further trends, we should seriously be concerned by the weakening of the American currency. During the first week of the year EURUSD renewed many-years lows, but reversed towards the growth. It managed to accelerate its attack last week despite of some dropping in the middle of the week. Based on the price movements we may conclude that the pair is bought on drops, making the sequence of increasing highs and lows. So far this movement is considered as a part of profit fixing from the previous dollar growth. Technically, dollar bulls should start worrying in case EURUSD breaks 1.07 level. In this case the bounce mark at 38.2% from the pair’s movement from the November pick will be taken. Hence, the next nearest target will be levels above 1.08, but as a whole this will be considered obviously as transfer of the pair to the serious flat channel, and not the further dollar rally. There are political reasons for such scenario. They were expected from Trump’s press-conference last week the details of the plan for infrastructural expenditures and cutting of the tax burden, but there were more details of his negative attitude towards drugs field and detailed story about his plans to talk with Russia and dissatisfaction with China’s policy. All the above is not bad but it doesn’t have the expected level of constructionism. It’s unlikely the Fed will restrain the inflationary pressure in the country due to huge public expenses, as the markets expected. As a whole for the markets the press-conference that took place last Wednesday may become a reverse moment for the fixing of “Trump’s rally” for the coming weeks. However, if you are too cautious, you may wait until his inauguration and the formal beginning of his presidency after January, 20. 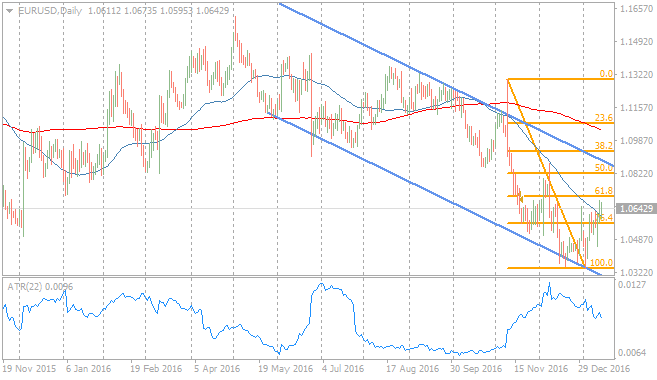 Sterling cannot boast its strengthening against dollar last week. While the beginning of the new week may become really disappointing for the British currency on the expectations that May would loudly admit the necessity of the tough option of Britain’s divorce with EU. Regardless of the obvious and short-term threats such as pound’s dropping on these messages, the worse danger exists. Business community is seriously scared of the tough Brexit. Therefore, the business mood, lifted before by the cable’s weakness and rush of British people in retail sales, may be harmed significantly in the nearest months. It must be said, rumors may be false, hence, you should be cautious with pound on Tuesday. 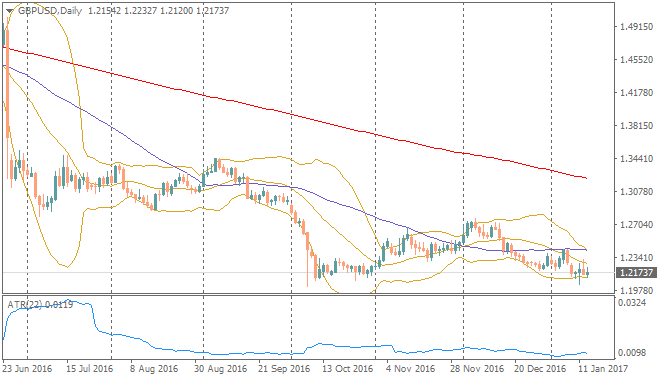 As we mentioned several weeks ago, the biggest rally of USDJPY is creating conditions for the biggest correction. The pair was declining below 114 during the week, having returned more than a quarter of November movement. We should not be surprised that bulls targeted 112 – 38.2% level from rally since November and the support area in the end of November – beginning of December. The movement may be led to 110 in case of more extreme scenario. 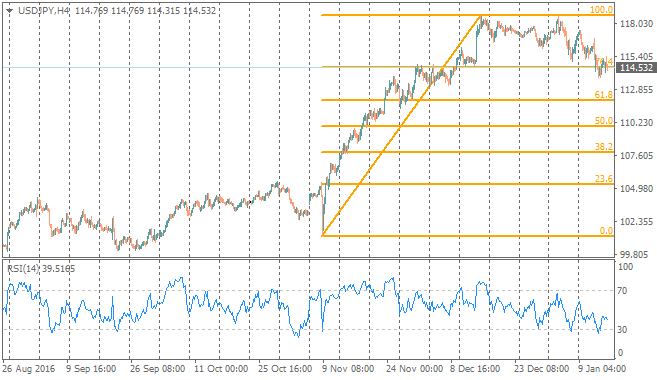 The pair fell out the uptrend channel on the back of oil growth and weakness of the American currency. The pair is approaching the overbought area on the daily candle chart. It has just left the area on 4H charts, so there are conditions for some bounce off. And in the broader perspective the support break and a good drop below previous lows are giving a good signal for selling. We should only find a good moment for orders opening. 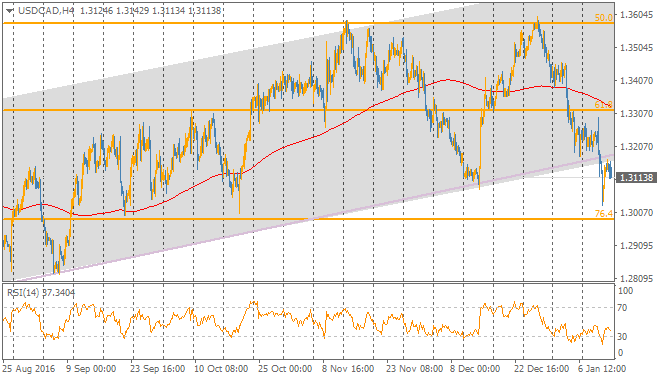