Last week Euro again could not steadily take 1.13 level. Although, there are still no reasons for decline. On Thursday and Friday the important US data will be released. Thursday retail sales data may be this time more important than inflation. The latest will doubtfully make sharp rise towards Fed’s target. Annual inflation in July was 0.8% and it will take long way to 2.0%. Currently markets realize only 15% probability of rate rising on the next week. Earlier Federal Reserve was trying not to surprise markets and act along with the expectations, as a whole. It is unlikely that strong retail sales data will force markets to consider seriously September rising, but it may make the FOMC comment more hawkish. If it happens, reconsidering of expectations for rate rising in November or December (most probably) will be able to support the American currency significantly. At the moment, the probability of December rise is less than 50%. If this figure goes up to 70-90%, we will have a serious shift of short-term futures profitability that will support dollar on all markets and create the start for EURUSD turn to the area below 1.10. 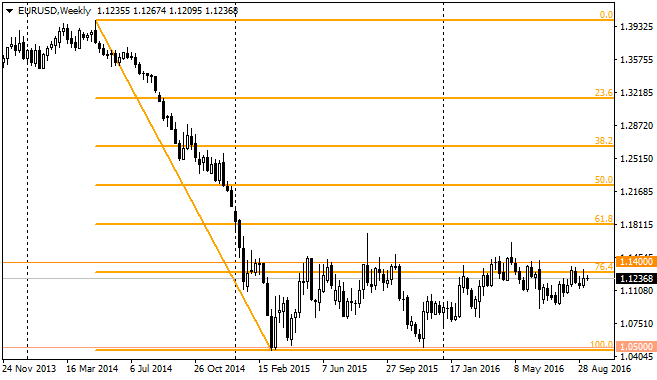 Last week sterling could not break the resistance, occurred after Brexit, and during that period, it has turned downwards to the lower boundary of the trading channel. Price statistics could not surprise the markets. Later this week’s data (employment, retail sales) may either bring disappointment. They do not expect interest rate changing. Companies and households are starting their preparations for Brexit, and markets most probably will not like it.

At the beginning of the month the pair beaten off the resistance of downtrend at 104.00. However, the downtrend movement is not getting its strength: they buy back the pair on decline below 102. Earlier, in July and August, such resistance was a physiologically important level – 100 yen per dollar. The drop of stock markets on Friday and Monday (in Japan) could not press the pair. It is important since it deprives the pair of correlation with the stock market, leaving just the connection with dollar movement. Probable falling of stock markets caused, for instance, by the hawkish FOMC position is not threatening now the further decline of the pair. 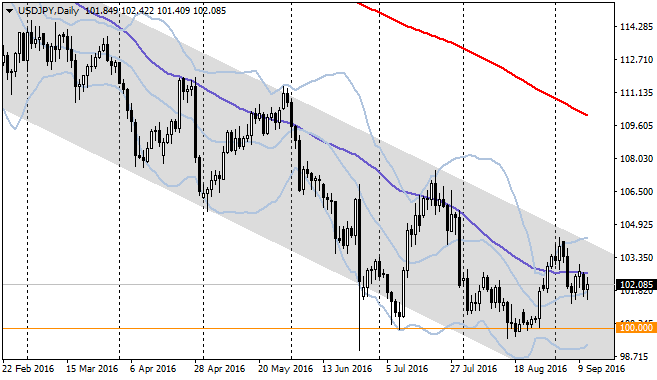 The Canadian currency is again under pressure starting from the middle of last week. The range trading of this pair is in action with fluctuation mostly between 1.27 and 1.32. It is remarkable, that market volatility decrease during last two months either has caused the channel tightening. The support line is going up slowly (now it is a bit higher 1.28), while resistance remains unchanged. The breaking of the channel may give a rise of volatility based on the changing of CAD traders strategy. The chances for breaking of consolidation upwards are much higher than one more turn downwards. Meanwhile, most rational approach would be not to hurry with buying until 1.32 level reached. 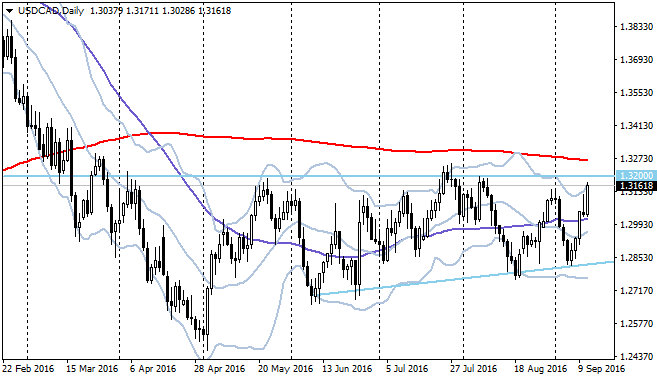