Employment indicators from the USA managed to help the American currency in the short term. After quite unusual growth of the pair by 70 points before the release, EURUSD affected by the good statistics from the USA has dropped by 10 points at 1.1330, but it finished the week at 1.1390 showing increase by more than 2 figures. Probably, investors lean towards selling other assets versus USD rather than EUR. Though, Friday reaction could be just reflection of market model that was dominated in the first quarter, meanwhile other assets could have the profits fixation from the expectations of the USD decline in contrast to quite strong statistics. It may allow markets to wait from the Federal Reserve for higher than 70% chance of more than one rate increase during this year. Last Friday employment data were almost in trend of 2015. Payrolls grew up by 215 k (versus forecasted +206k), wages grew by 0.3% (versus forecasted +0.2%), economically active population increased up to 63% (versus expected unchanged 62.9%). Later on good news were continued by the strong Manufacturing ISM that grew up to 51.8which was better than expected growth to 50.8. At the same time sentiment index of Michigan University was increased from 90 to 91. The above did not affect market a lot since traders pay more attention to officials’ comments than to actual data. They still remember Yellen’s speech at the beginning of the week that was deeper than market participants expected. This week Chairman of the Fed Reserve has a chance to correct or confirm this message on a meeting planned for a Friday night. 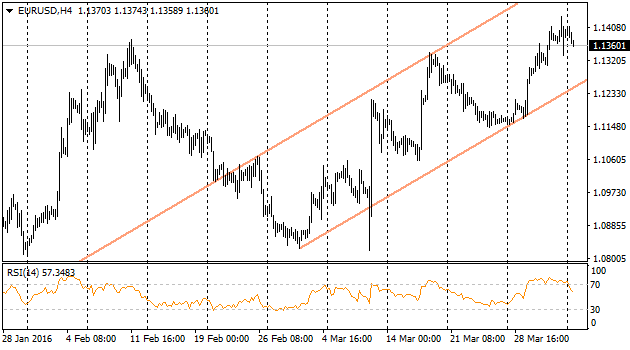 Cable, as Euro, started moving far ahead employment release from the USA. Unusually, the pound was sold not influenced by Brexit survey but influenced by decline of Manufacturing PMI. The companies are, obviously, under pressure of coming referendum threat and, therefore, they do not boost their activity. Later on the strong payroll data did not allow the pair to recover rebounding at 1.4170. At the moment the pair is trying to climb to 1.42 level but we are hesitating about the bull’s success in this. Construction PMI released today as well could not surprise us, remaining at 54.2, and not giving any support to suffering British currency. 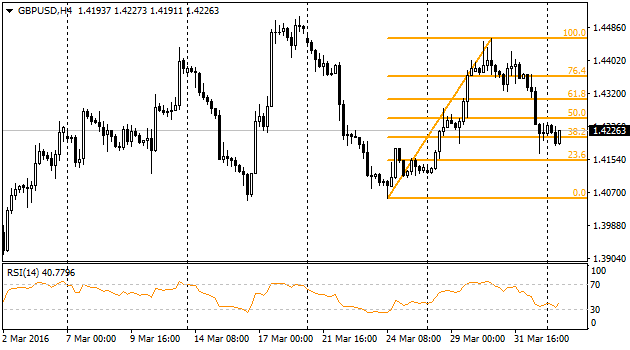 The pair has returned 80% of its growth since middle till the end of March. Today during some time it was traded below 111.40. Though, more and more analysts from the big investment banks speak about yen threat since the Bank of Japan may continue easing policy. At the same time they need it in order to stop strengthening of own currency effecting harmfully national exporters. 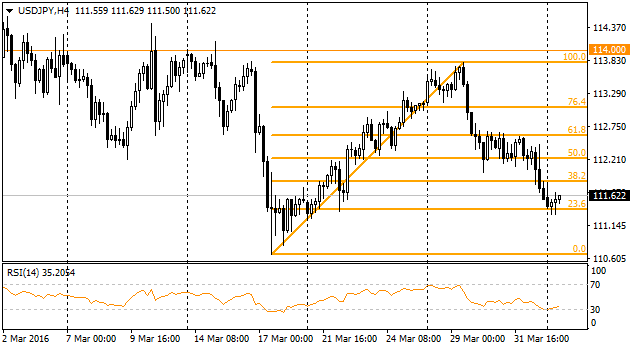 The first quarter was quite nervous for oil. It renewed the lows of 2004 and further managed to gain 50%. It is not surprising that such efficiency has led to the attempts of traders to fix their profits at the end of the quarter. Employment data has boosted these attitudes. Further news from Iran and Saudi Arabia worsen the negative tendency. There is possibility that Iran will not get to the Doha meeting (where they will discuss the freezing level for oil production). Saudi Arabia does not want to limit itself not getting the same limitations from the other participants. Obviously, oil will continue moving from side to side influenced by rumors about Doha meeting. And the facts we have are less. Americans move on cutting production and losing 14 more platforms, 10 out of them are oil platforms. 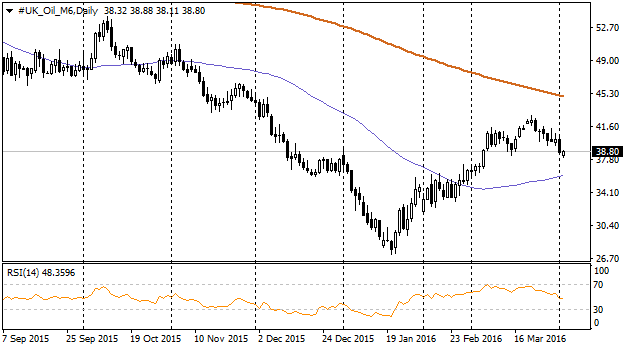