The pair was testing the downtrend resistance, which occurred in August, but finally could not break it. During first trading week of the new month and quarter, the American currency was feeling pretty good as a whole. It is quite possible that the markets will show higher interest to the dollar again as soon as yield curve changes its shape. Market participants are becoming more confident in rate’s increase in December by Fed Reserve, thus, the attractiveness of the American assets is growing in comparison with Euro assets, where both rate rising question and QE ending remain open. Markets confidence was shaken on Friday after the release of relatively weak payrolls report from the USA, where the lowest since May employment increase was identified, which was not actually expected. At the same time the wages continue to grow (+2.6% y/y) that alongside with the relatively stable oil price allows to await inflation acceleration all over the world. In these conditions, anomalously low interest rates for long-term bonds should develop their turn to the growth. 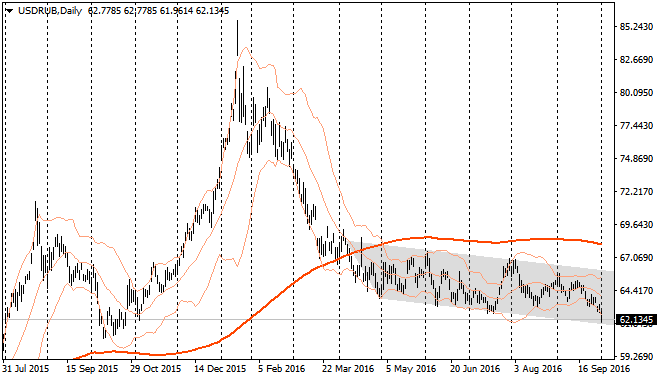 British currency started off on the wrong foot the last week, renewing 31-year-old lows day by day, and eventually on Friday at the very beginning of the Asian session in terms of low liquidity and another opinion about currency perspectives flash-crash happened. The pair at one point went below 1.18, though it started the day a bit higher 1.26. Later on, when big players came to the market, the price stabilized at 1.24, and remained at that point in the beginning of the new week. Even if we exclude this remarkable event, which shaken out from the market many pound players, the British currency is remaining its downtrend and risking to stay further under the pressure, even if without special incidents. Brexit negotiations are again on the topside and both sides are stating at the beginning their positions as tough. There are no important news from Britain this week, so sterling is still in the hands of officials and data from other countries. 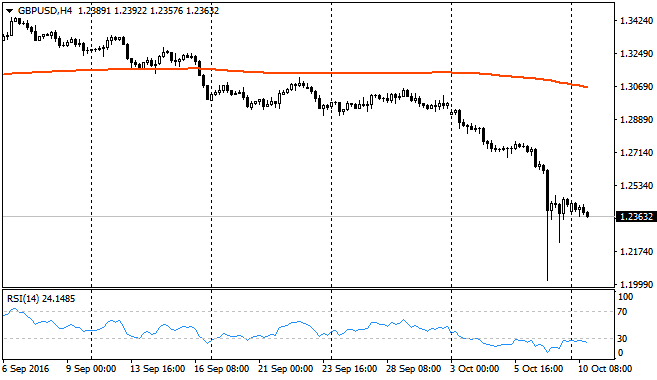 Rally of the pair stopped on Friday. The start of profits fixation formally generated the pound crash, which caused liquidity demand and cutting of the leverage. Nevertheless, the pair growth continued from the new week, getting back USDJPY to the area above 103. Starting from September the Bank of Japan is targeting the yield curve, not just buying securities in certain volumes. The above is causing the yield growth of long-term bonds, bringing back the 10-years-old bonds yield from the negative zone. Last week the 104 mark resisted, but it might not withstand for the second time. 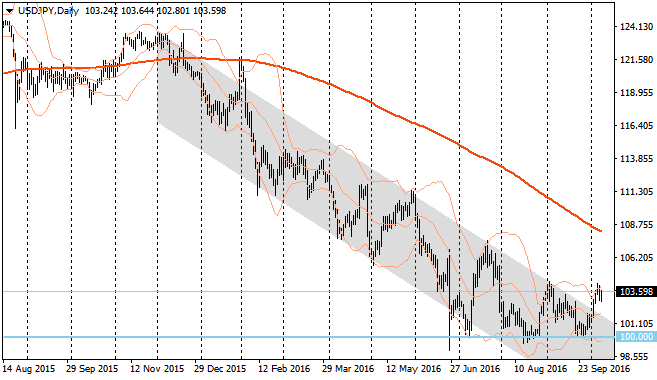 Oil is rising almost non-stop since the end of the previous month and has already renewed highs of the year, getting above 53 level. Perspectives of production freezing accompanied by the lack of fears for consumption increase help to support this rally. For the oil favor short positions “carrying out” to the areas of months-long highs works as well. Meanwhile, further oil growth should be betted very cautiously. 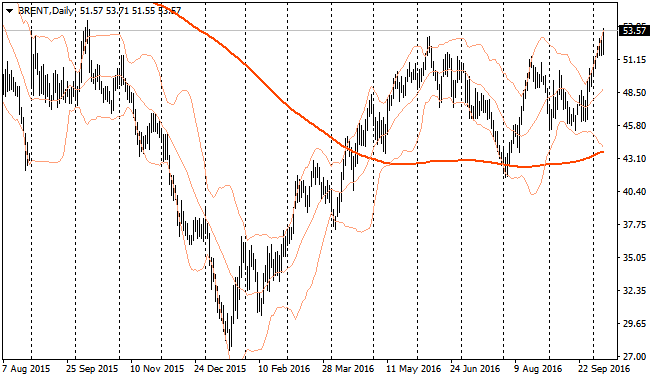