Last week the dollar bulls were proving their supremacy. They had to fight again for passing downwards the 1.10 level by EURUSD pair. Draghi once more has rattled nerves but very soon everything got back to its place. Euro confirmed its downtrend. It is now proven by the exit from the small consolidation Triangle in the first week of October, followed by the pair’s bulls attempt to return it to the range. Two weeks ago there was the exit from the second Triangle. Then euro-bulls were trying either to turn the market to the familiar range, but they failed. It looks like, the US dollar trend, based on the divergence of the monetary policy of the Fed Reserve as well as most world Central banks, has already started. Moreover, psychologically important round level 1.10 was taken during exit from the tightening trading ranges, and partially due to keeping of the ECB soft rhetoric. Last week after this event EURUSD dropped quite fast below 1.0860 (March lows) where it found support for trading closing of the last week. The current week may be quieter for the currency market without visible dollar trend, since the big players probably will take a pause before an important beginning of November. Hence, the current week will allow trend traders to have a rest and make some positioning before November movements. 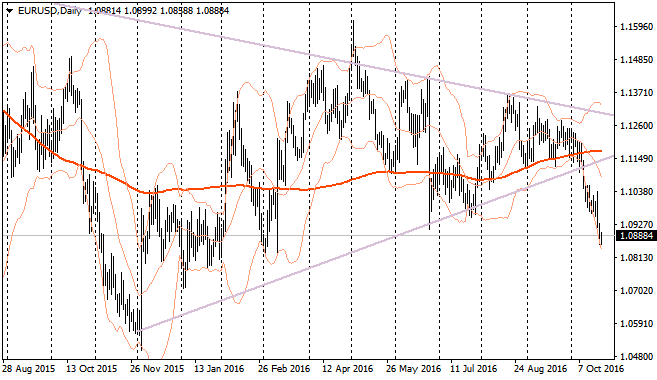 The British pound is trying to prove it accessed the Flat after significant decline in the beginning of October: two last weeks of trading are mostly concentrated in the range 1.2100 – 1.2350. Unlike Euro, the current week may become quiet for the sterling. Britain will publish GDP 3Q preliminary estimate, which may become fundamental for the further course of the monetary policy of the Bank of England. Ealier, the referendum shocking influence was highly overestimated both by the local Central Bank and the group of analysts. Surely, this means Brexit way is not having rose carpet and the economy is facing the negative influence of the breaking with the biggest neighbor and trading partner. In a short-term, the sterling decline may take a pause. 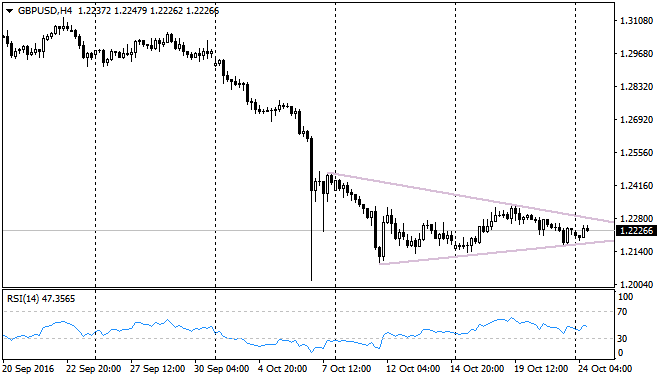 On the first week of October the pair experienced rally, on the second week it demonstrated mostly range trading, though it rewrote local highs, on the previous week there was even a small attempt of correction. Such movement is going alongside with the pair consolidation before the coming bound. If we look to the calendar, the movement is most probable in the beginning of November – we will have the Bank of Japan and Fed Reserve meetings, elections in the USA, and finally, payrolls. The distance between resistance and support lines on the chart is already less than a figure, so the way out from 104.10 and 103.50 may bring the wave of stop orders closing much earlier. Watch out! 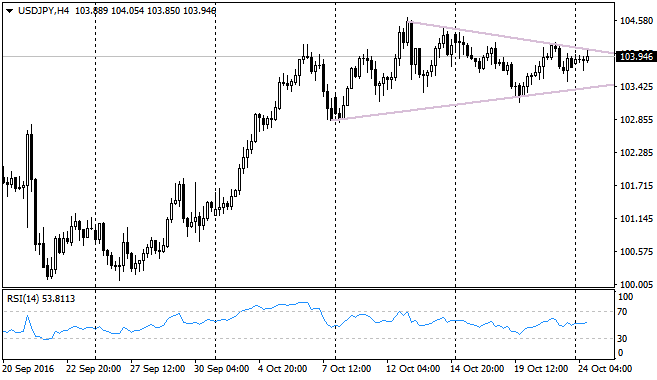 The pair is traded in the range trend with the slight upwards slope. The fluctuations inside the trend is connected to oil movement, while the upwards slope is caused by the difference in the growth paces of the American and the Canadian economies. Nevertheless, there is a threat nowadays that possible dollar rally may reason the break of channel resistance, and the pair starts quite sharp growth following the USD demand increase. 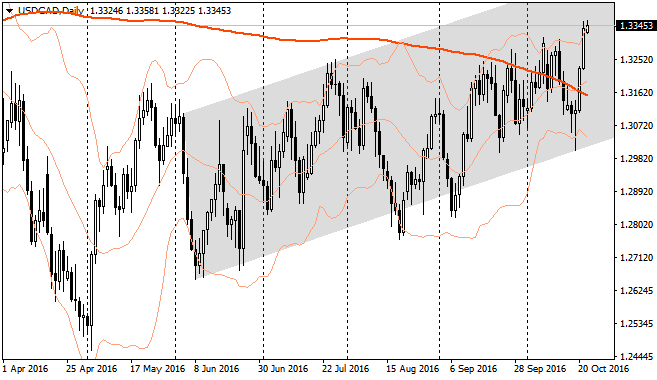