Last weekend there was held a meeting of G20 central bank governors and finance ministers. The representatives of the largest countries, constituting about 85% of the global economy, focused on stimulation of economic growth. Nothing was said about currency movements. Thus, the current rally of the dollar received a tacit approval, so the bulls may gain the lead, at least for a while. Now USDX is trading near its two-year highs. Then growth of the dollar was explained by weakness of the single currency. And now it is USD’s rally, aroused by expectations of the monetary policy tightening and of impressive economic growth. The difference between this situation from the pre-crisis period, when Fed also raised the rate, is slowdown in Asia. Besides, at that period Europe also was in good state and the ECB was tightening the policy. Now the European Central Bank is going through a different phase – the phase of the policy easing against fighting deflation risks. Here apart from the general inflation in the region, making 0.4% y/y, we should remember about the southern republics, suffering real deflation because of the drop in the living standards and decrease in the services prices. Despite the fact that the single currency is now trying to go off its yearly lows against the dollar and is trading at 1.2860, a longer trend is likely to remain downward for the pair. Sharper decline is prevented now by a flow of quite favourable news.  Actually, they speak about very sluggish growth in the region, but prove to be better than expected. It also concerns the demand for the 4-year TLTROs last week, where the ECB gathered quite a modest pool of claims.

GBP’s joy, aroused by the victory of advocates of Scotland’s unity with the UK, didn’t last for long on Friday. By the end of the trading day the cable was again below 1.6300. Speculators were selling facts. USD’s appreciation in view of the policy tightening in the near future doesn’t let GBP enjoy good news for long. However, it should be noted that the pound may have the upper hand over the euro in the next few months. 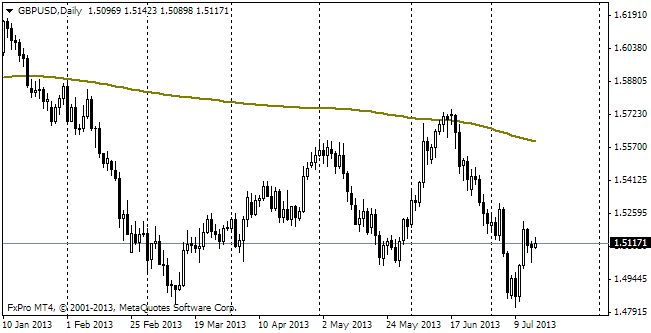 Despite the fact that the yen opened the week with appreciation, absence of comments regarding currency rates should inspire bulls in USDJPY. The short-term pause is now connected with the pressure put on stock indices. However in the weekly and monthly prospects the BOJ’s intention to ease the policy together with the general decrease in the commodity prices raises risks of QE extension. The nominal exchange rate of the yen against the trade-weighted basket, after short-term hitting of 0 against the previous year in May, demonstrated decline by 3.7% in August, but lost a bit less than 5% over that time. The decline is considerable, but not so much to arouse indignation of trading partners.

Despite NZD’s depreciation against USD at the beginning of this trading day, the New Zealand currency looks quite good due to consolidation of the positions of the country’s current Prime Minister after the elections, held on Saturday. People, satisfied with the lowest unemployment rate over the last 5 years and the highest growth of the country for more than 10 years, enabled the ruling party to gain the coalition-free majority in the Parliament, which should push forward the reforms. Over the past two weeks AUDNZD has fallen dramatically and may suffer a certain pullback, but now we shouldn’t expect further growth off the current 1.0950. It is much more likely that AUDNZD will lose 5 figures instead of gaining that much. 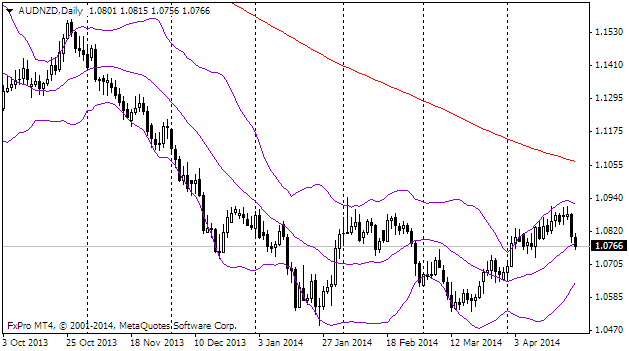