Last 24 hours Euro is moving rather nervously. Yesterday, slipping back to 1.1320, the pair unexpectedly rallied up and managed to reach 1.1430 in the middle of the American session. By the end of the day Euro remained below 1.14 level, though today bulls made one more attempt to attack the price and the pair for some time has jumped up to 1.1450 – the highest level since October,15. But in a couple of hours again it was at 1.1350 level. If we look above those wild bounces we can easily notice that as a whole trading of EURUSD is going on in a quite tight range and the levels of closing since the beginning of April are in the range of 20 points. In other words, the market has stopped and is waiting for a further trend. Since trades are going on currently at the upper boundary level of a wide trading channel starting from January 2015 we can summarize that, probably, the pair will decline. But we would like to warn bulls. It’s pointless to hurry up now selling your assets but better to wait for a good reason for that. In a short-term period even in a wide trade channel we could notice splashes to significantly higher levels. For instance, last August the pair rallied to 1.17, meanwhile in October reached 1.15 level. At night FOMC March meeting minutes were released. They managed to shift a bit traders’ mood, boosting the chances of rate increase in June. Some FOMC members, as described in the minutes, are willing to increase rate in March but others prefer caution and monitor the abroad financial markets movements.

Yesterday cable reached 1.40 level. The serious drop of one and a half figure during the day eventually caused closing of short positions and total return back to 1.4150, however, bear sentiments continue to grow around British currency. Partly, the weakness of British currency is explained by another Brexit survey results. They mentioned in YouGov that 39% voted for staying the EU while 38% voted for Brexit. The main concern of pound now is not even the growing part of one of the sides but more the huge percentage of those who cannot make their decision. It looks like people totally got mixed up with understanding what is going to be good for them. And here we face the main risk for financial markets that one strong event can convince and bring to one side the part of undecided population. And this is now the main issue of the Pound. 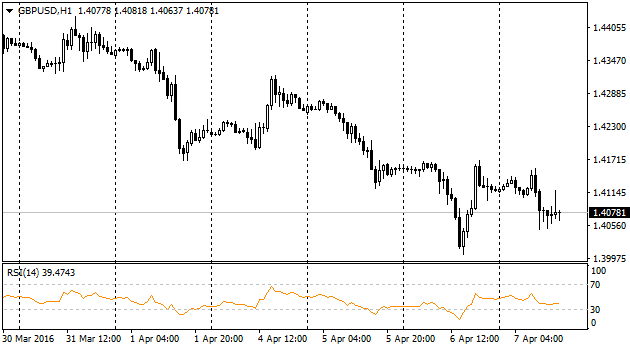 The pair came out of control. The unwillingness of Kuroda to mention yen price during his today speech (though, it was logical to wait at least word interventions) has boosted the bull’s blaze for yen. USDJPY has renewed lows of a one and a half years period, and even went lower 108 today for some time. It is two and a half figures lower than it was 24 hours ago, and 580 points lower than peak levels on March 29. Currently, the market is feeling that yen can grow to any highs, however, Japanese politicians are not able to reach it. 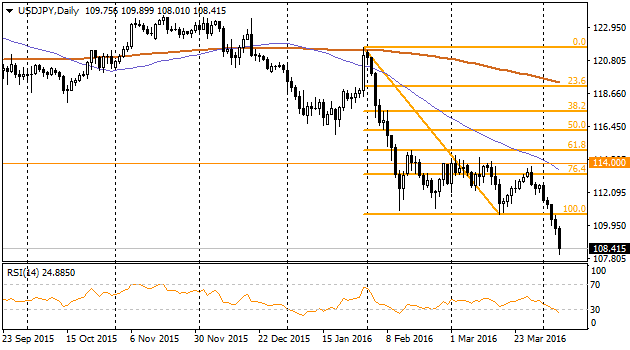 The second day in a row oil is growing. Among fundamental factors, news about inventories drop helped it. Though, inventories of petrol and other oil products have increased. From the technical analysis perspective we can notice the rebound from the low boundary of Boolinger Bands and a small short to 61.8% correction from the rally since the beginning of January. Please, note if dollar starts growing oil will suffer from it. 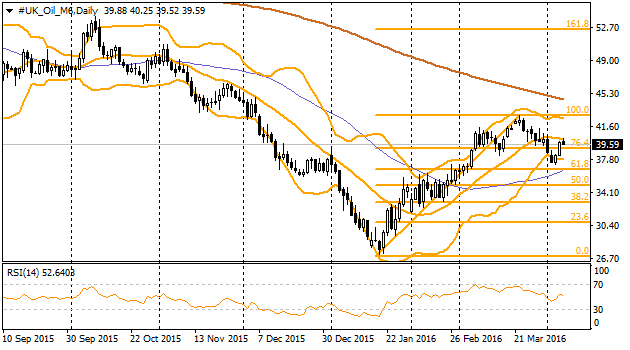