The British pound has gained strongly since last Thursday, when the supporter of EU membership was murdered by Brexit fanatic. Bookmakers and traders increased their bets quickly thinking that Brits would not like to leave EU. Such estimation is close to reality so far, however, it is too early to talk about final turn. Probably, markets will experience several volatility splashes of British currency during the week.

For those who consider to aсquire the British currency or the country’s assets as a whole, the current rate of the British currency involves very appropriate momentum to buy it if the country stays in the EU. Last week forecasted data involves rise of producers purchasing prices by 2.6% in May after the April’s increase by 0.9% and growth in March by 2.2%, which is the leading inflation indicator.

Consumer inflation did not meet expectations: prices grew only by 0.2% but they were increasing the fourth month in a row. The basic CPI is stable with the annual rate of 1.2%. This level is still below the target but it is quite close to it. The unemployment rate in Britain fell to 5.0% during three months up to April. The average wages accelerated the expectations and increased by 2% from the last year level. This is either a good sign for higher spending of Brits against the background of the rate’s turn from declining (the bottom was reached in November) to rising.

All the above, released until Thursday, could not stop the British currency falling to 1.40. The market was so much involved in Brexit risks that even perfect retail sales data on Thursday managed to attract the market attention and postponed the fall only by couple of hours. Those data were decent: in May sales increased by 0.9% after its rally by 1.9% in the previous month. The annual rate increased to 6.0%.

If Britain does not vote for leaving EU, the pound traders will need to put to quotes all those forecasted data. Speeches about soon raise of the rate by the Bank of England may come back on such statistics. Meaning 1.50 level will be far behind. 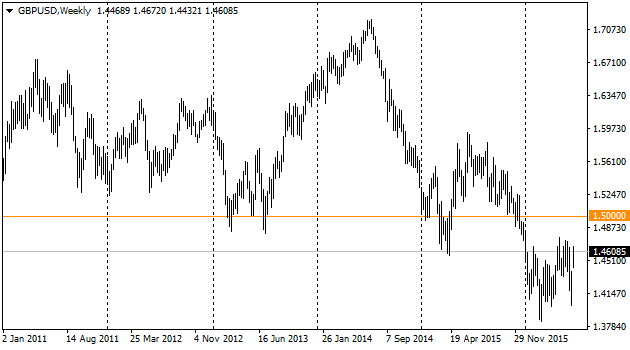 The pair does not find any reasons to move up, though except positive mood around British currency. As a whole, it continues its uptrend, formed by lows from December and March. There are no so many significant macroeconomic releases this week. Planned speeches of Yellen and Draghi will take place before referendum in Britain, so there is more probability that remarks of the Central bank’s Heads will stress “global risks” rather than own monetary situation. 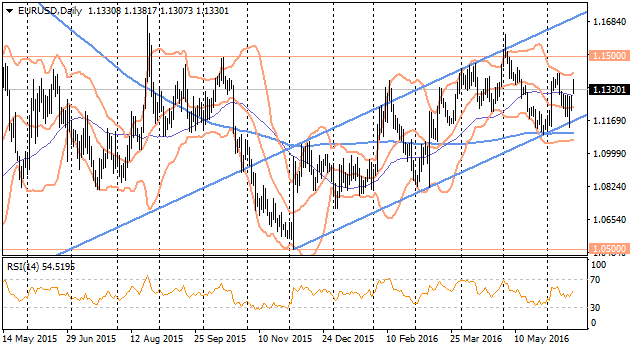 The Bank of Japan could not (or did not want) to make any changes during another monetary policy meeting. Hence, the pair does not have any obstacles to fall to 101 level, which is actually the consolidation area before flying off in October 2014. The should consider cautiously the further move to 100: Ministry of Finance of Japan and the Central bank may be strongly worried with such scenario, make interventions and spread QE, naming the yen’s rise as anomaly. 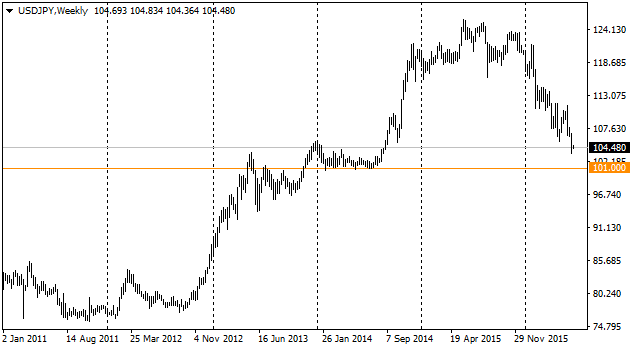 On the Brexit risk, gold has returned its status of a “safe-haven” asset. Last week it traded above 1300 per ounce for the first time in 22 months. Nevertheless, gold bulls should be cautious. Saying strictly, the instrument was not able to close the week above 1300 – the level of previous local pick in January 2015. It is better to wait for the confident close above that level. 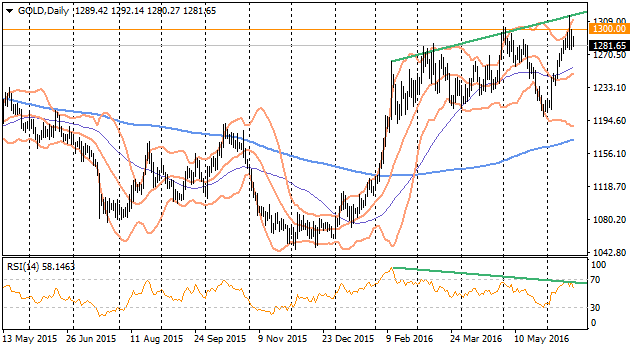