Forex was waiting for the idea during the third quarter. It did not appear, therefore EURUSD has changed for less than 1.5 figures during the last three months. Volatility indicator ATR (22), showing daily range of the last month, is being on the lows from the middle of 2014 during almost two months. On those days indicator was going even lower – to 40 points from the current 60, but we could see the movement, which we do not have now. It is a heaven for those who prefer range trading in Forex. Moreover, the actual range of trading in the pair in September became tighter: since August inside the Wedge formed a tighter Wedge. Exit from this pattern may cause a wave of stop orders closing and lead the hesitations for ranges stability in a longer-period pattern. In other words, the volatility will blow up very soon and the high-margin trade of last months in a moment will become highly risky. There is a risk of breaking of all important nearest levels, as this week US payrolls are released. From the support side – it is 1.1150, and lower 1.1000. Resistance levels are at 1.1250 and 1.1450. The nearest levels are very close, so unexpected splash may occur even before payrolls – there are enough speculations around it. 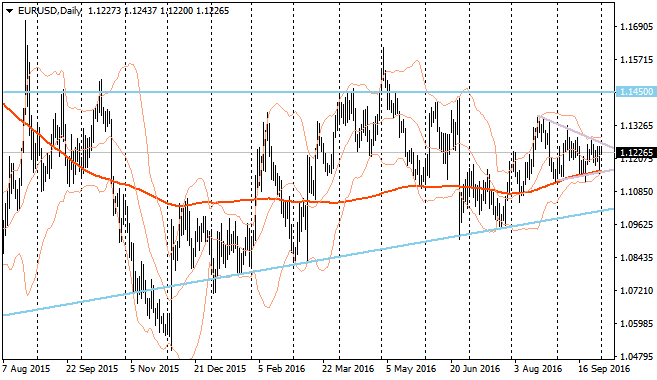 Brexit means Brexit – Tereza May was saying on the very beginning of her appointment as a Prime Minister. During the weekend she made clear that it may be a “tough Brexit”. Her words were considered as she wants quickly to fence from EU, including aspects of immigration and international trade. The pound reacted fast by testing lows of post-referendum period. 1.2859 mark restrained successfully twice since June the bears pressure. It is not mandatory that it will stay strong for the third time. Pound may become a trigger that markets needed during the last months to form a global trend. 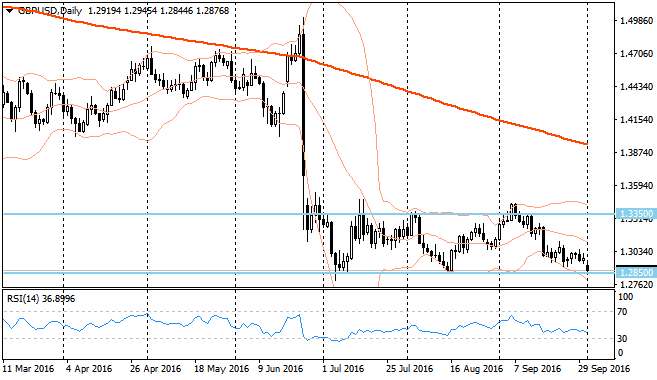 During last week USDJPY has lazily grew up inside the old (since December 2015) downtrend. Currently the resistance is around 102. However, its break upwards will require confirmation in a form of crossing 103.30 level. The support lies near the psychologically important level 100 yen per dollar, though the downtrend assumes it currently around 94 level. If 100 level will not resist due to dollar dropping, we may catch the pair around 95. Based on fundamental analysis the more real scenario is an upwards turn of the pair with the acceleration above 104.00. 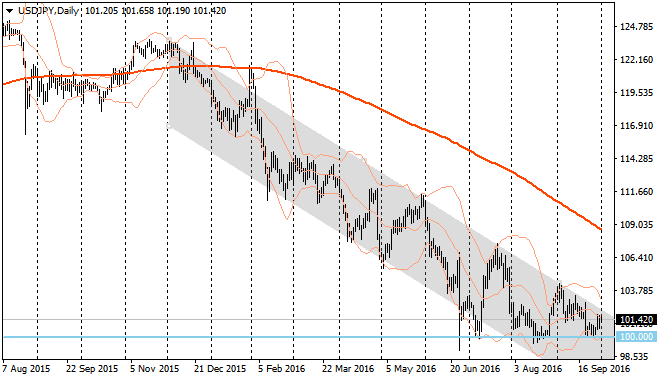 Oil is helping Canadian dollar to move away from the upper boundary of the range and stay below 200-MA. The uptrend is prevailing in this pair since May. The reason is the economy slowdown on the back of wildfires and flatness in the USA – the main trading partner of the country. The support is going through 1.29 level, which is only two figures away from the current price. It can be reached due to week American news releases and keeping of the oil impulse. Resistance is on 1.3470. It may reach quickly on the oil pullback and strong payrolls. 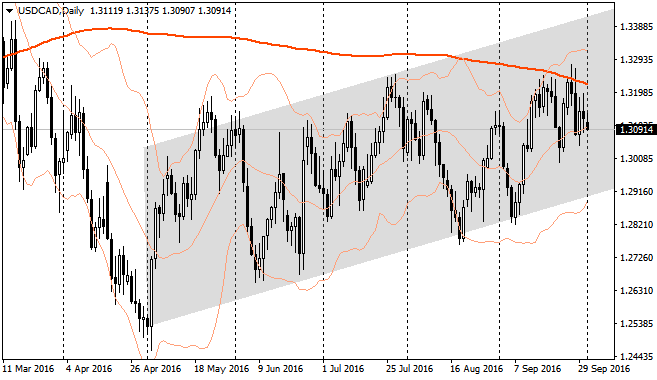