The influence of strong indicators of the labor market from the USA, issued on previous week, did not keep for a long time. On Tuesday, markets again tended to sell dollar. Eventually, by Friday the pair EURUSD reached 1.1250, getting back to the local lows of August. The released statistics calls our attention to the decline of labor efficiency in the USA and the simultaneous increase in expenses for the workforce. That is the evidence of hiring new employees by the companies. The efficiency grows when they fire people and replace them by programs. Therefore, the decrease is not such a bad indicator as it looks from the beginning. However, investors were worried mostly about Friday release of retail sales. As they announced on Friday, Americans remained in July the same levels of consumption after its growth by 0.8% a month before. They were expected growth by 0.4% month on month. Sales, except cars, fell by 0.3% month on month. It is not so bad, if we remember the rise up to 0.9% a month before. Consumer sentiment indicator increased a bit from 90.0 to 90.4 as per preliminary August estimation. But that called out some disappointment since they were expected growth up to 91.5. To sum up, currently we have some overstated expectations for the US economy, so straight after news releases market reaction appears negative, in spite of the fact that the data just confirm the thesis about quite serious rate of the US economy growth and should push Fed Reserve to restart active steps for policy normalization. As long as Fed Reserve keeps silence, markets will tend to react to difference between expectations and facts. Such behavior may cause further tactic recession of the dollar, though in several months perspective, it is quite difficult to bet against it. 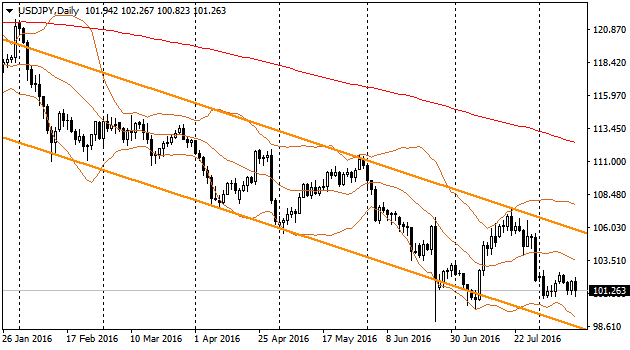 The British currency had a more predictable situation. The measures of the Bank of England, announced on August,4, are gradually estimated and accepted by the markets, causing further falling of the British pound. By the end of the week, the pair GBPUSD crossed the support at 1.30 and closed in the lows area achieved after Brexit, i.e. at 1.29. There are going to be many important news releases next week – inflation, employment, retail sales. Definitely, their negative tendency may lead sterling to test new lows. The converse situation is possible – the data of inflation and retail sales may appear not so bad. This may bring back the buyers of the pound. In a long-term perspective, the levels below 1.30 remain as before quite attractive for buying.

The pair still cannot turn away from 101.00 level. On the one hand – there are strong support and concerns about interference of the Central Bank and the Ministry of Finance if the pair declines further. On the other hand – some decline in risk demand makes investors behave more cautiously with yen funding and “risks” buying. For USDJPY rising they need steps form the Government of Japan, as carry-trade is supporting the pair now quite little. 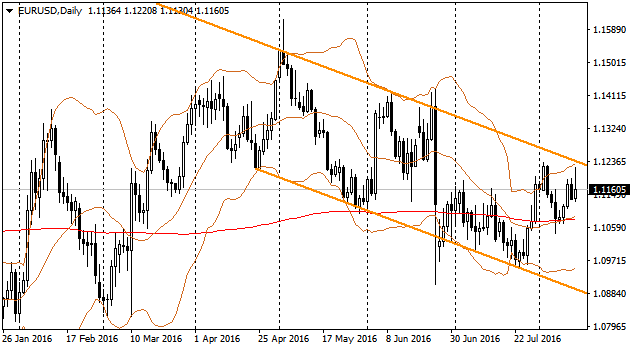 Royal Bank of New Zealand, following its promise, decreased the rate and warned about further easing. The markets were not surprised. The reaction was comparable with usual one for recent times: to buy currency of the country straight after announcement of easing policy measures. Again, we are in the mirror-world of Carol.